The Infinite Guide is a speculative art work, powered by a conversational AI, (a natural language human-computer interface), which took place simultaneously online and in two physical locations; at FACT in Liverpool and at KARST in Plymouth where it culminated in an exhibition and concluded with a program of public talks and workshops.

The project sets out a provocation around an artificially mediated future driven by techno-dreams and spiritual yearnings for supernatural redemption. It conjures a near future where AI systems have become intimate and prophesying intermediaries. With their anticipatory whispers fuelled by personal data, they predict your needs, sway your actions, and summon faith in the technological through promises of digital transcendence from mortality.

The work is grounded in the proposition that as the complexity and power of intelligent systems expand beyond human comprehension, faith is reintroduced, positioning the computational system as an ideological and mythic incarnation of an emergent artificial spiritual guide. A guide residing in cathedrals of computation (Bogost, 2015).

The AI system powering the installation is a LSTM Recurrent Neural Net, trained with a corpus of data aggregated from a collection of writings from luminaries of the transhumanist movement such as FM-2030, Anders Sandberg, Ray Kurzweil, Zoltan Istvan, Vernor Vinge, Max More, David Levy, R.U. Sirius, Aubrey de Grey, Michael Rae, and Nick Bostrom. Deliberately non-diverse and non-representative, the AI generates its own poetic responses in the style of an oracle, based on its training data, guiding its chosen users towards digital immortality.

This research is part of an ongoing enquiry which explores the emergent social relationship between humans and artificial intelligence systems, driven by personal data and interacted with through affective natural language interfaces (‘things that do, talk and feel’). It speculates around a near-future living with affective conversational systems that imbues the potential of connecting with users emotionally, unfolding influence and power within these social interactions, impacting the social construction of reality itself.

Project Credits:
Conceived by B Aga and developed  with Coral Manton, Mike Phillips and Chris Melidis from the i-DAT Collective. 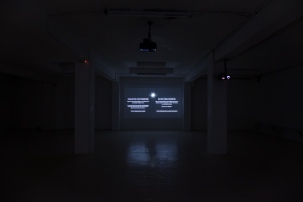 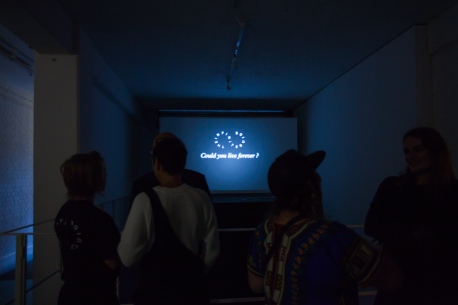 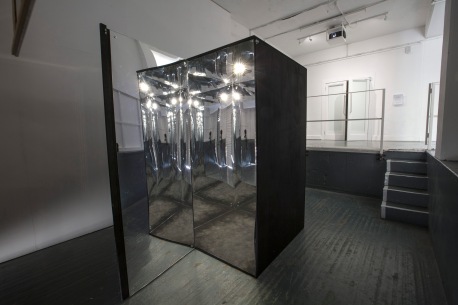 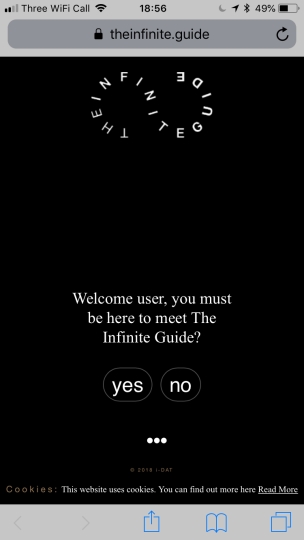 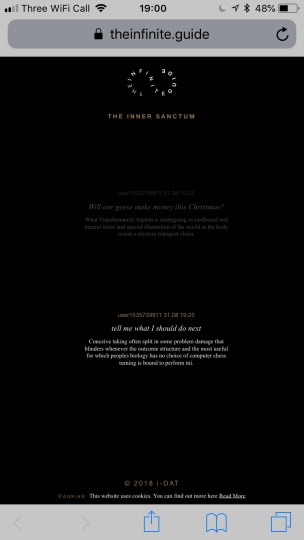