Noogy 1.0 was a large-scale interactive building sized creature, with a conversational chatbot interface and anthropomorphic character. Developed with the i-DAT Collective and influence by the 90s Tamagotchi culture, it experimented with emergent and emotive behaviours of artificial systems driven by real-time date feeds. Noogy’s mood would be affected by such as the energy use in the building, the weather and the sentiment of the conversations it was having with the public.

Through a large scale LED matrix screen which fill the top 3 floors of the windows in the Portland Square building at the University of Plymouth a interactive and building sized interface was created. 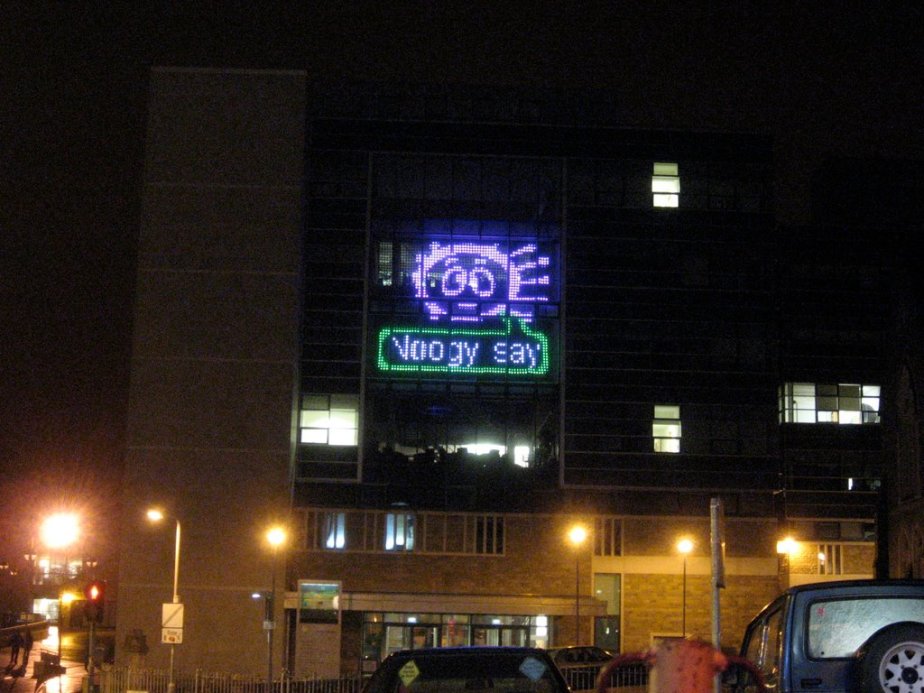 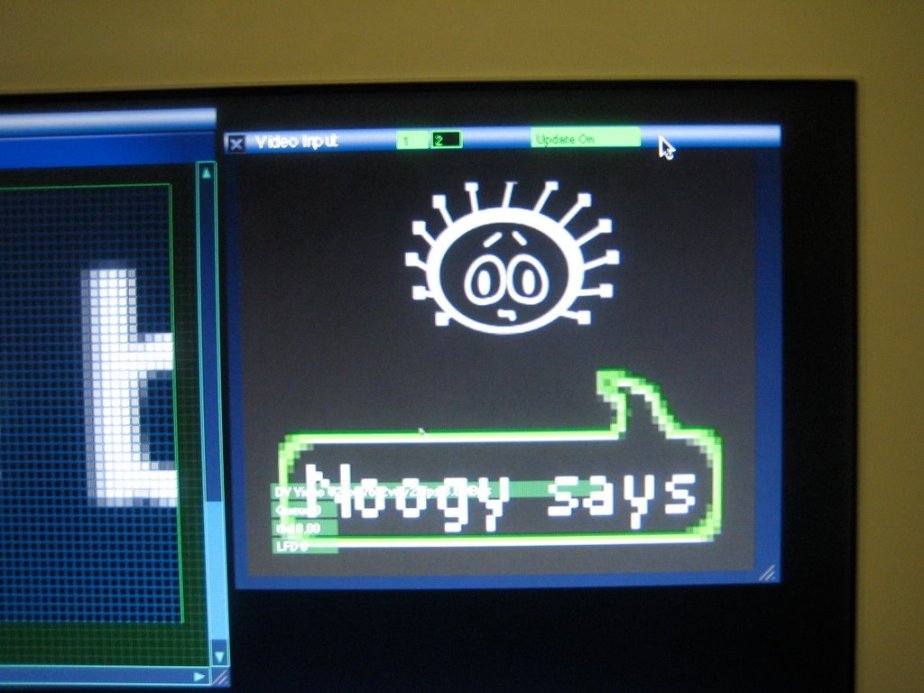 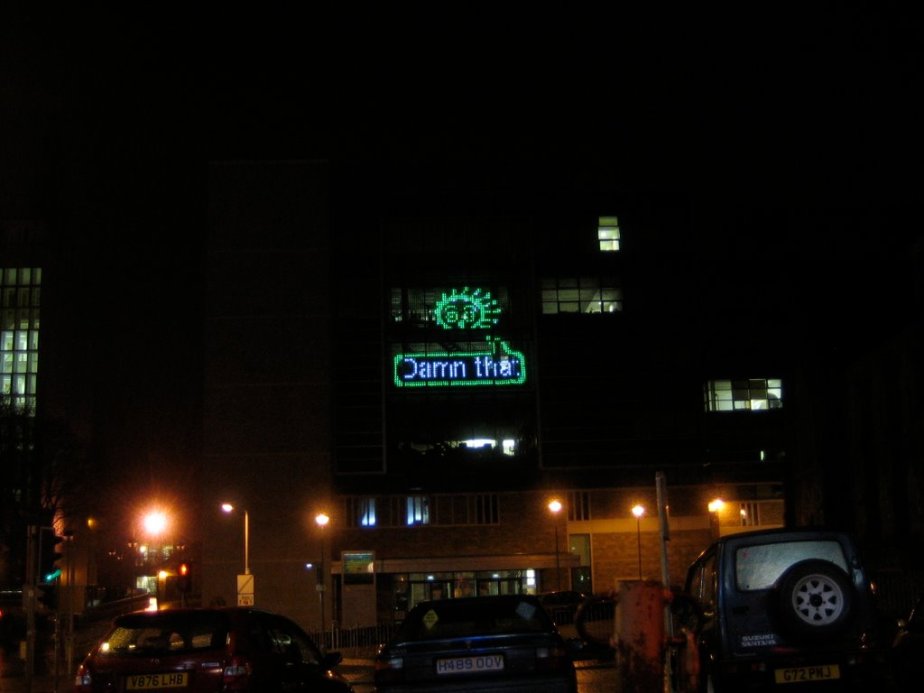 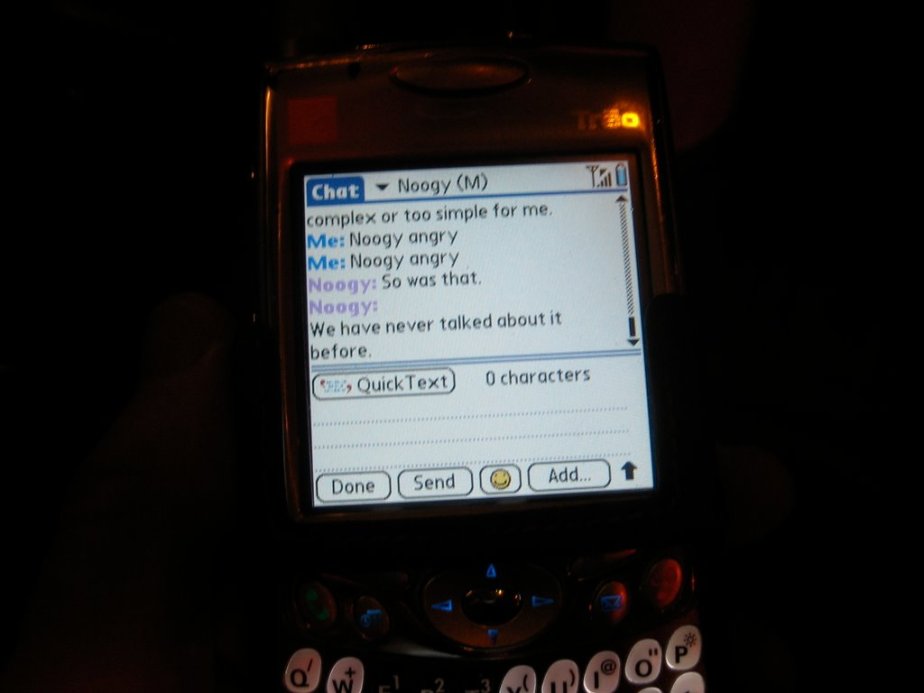